The Rout Lëns or “Lentille (Terres) Rouges” takes its name from the iron ore that makes its soil so rich. The former mining basin has long been a source of income for the whole region. 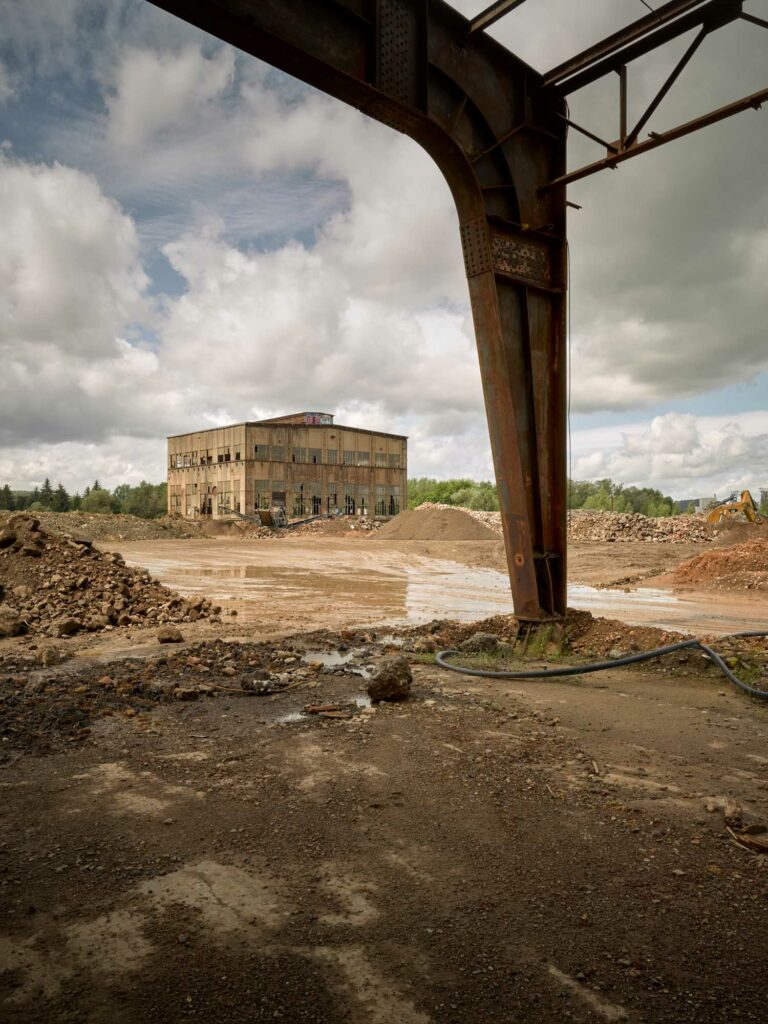 The golden age of the steel industry

Back in 1870, Rout Lëns became a major hub for Europe’s steel industry. Iron was extracted from its ferruginous soil. This iron was turned to liquid in the site’s blast furnaces and then transported as molten iron by train to the Esch-Belval and Esch-Schiffange plants. It was at these 2 other sites that the cast iron was transformed into rolled steel.

The 3 Esch sites are connected to each other by a private rail network and form a vast steelmaking complex.

During this thriving period for the steel industry, “Lentille Terres-Rouges” was incredibly vibrant, like a small town within a town.

Since its closure, the land, which is packed with potential, has attracted a number of regeneration projects. All of them have failed due to pollution issues.  Since then, ArcelorMittal was commissioned to clean up the site. (Remediation work is underway and is expected to be completed in 2022.)

In September 2017, IKO Real Estate started to reflect on the site, taking into account the scale of the challenge involved.

In partnership with the municipal authorities and all of Luxembourg’s administrations and inspired by the participatory process put in place, the plans for the Rout Lëns neighbourhood are coming to life!

Today, the 10.5-hectare site, which will include 163,226m² of buildings, is rising from the ashes to become a sustainable, innovative and exemplary new neighbourhood! 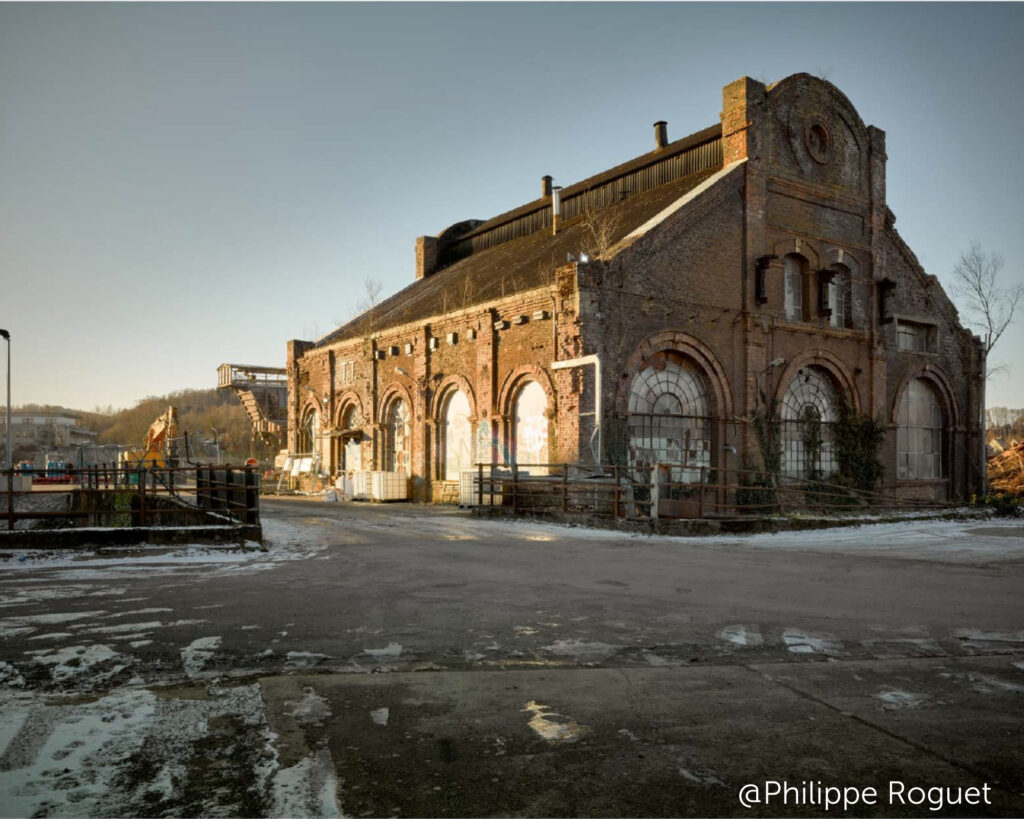 5 heritage buildings remarkable for their legacy

Regarded as the neighbourhood’s backbone, the Allée de la Culture Industrielle is a pedestrian avenue that connects 5 stunning vestiges of the past. Extensively renovated, they will become unique meeting places that bring the neighbourhood to life. 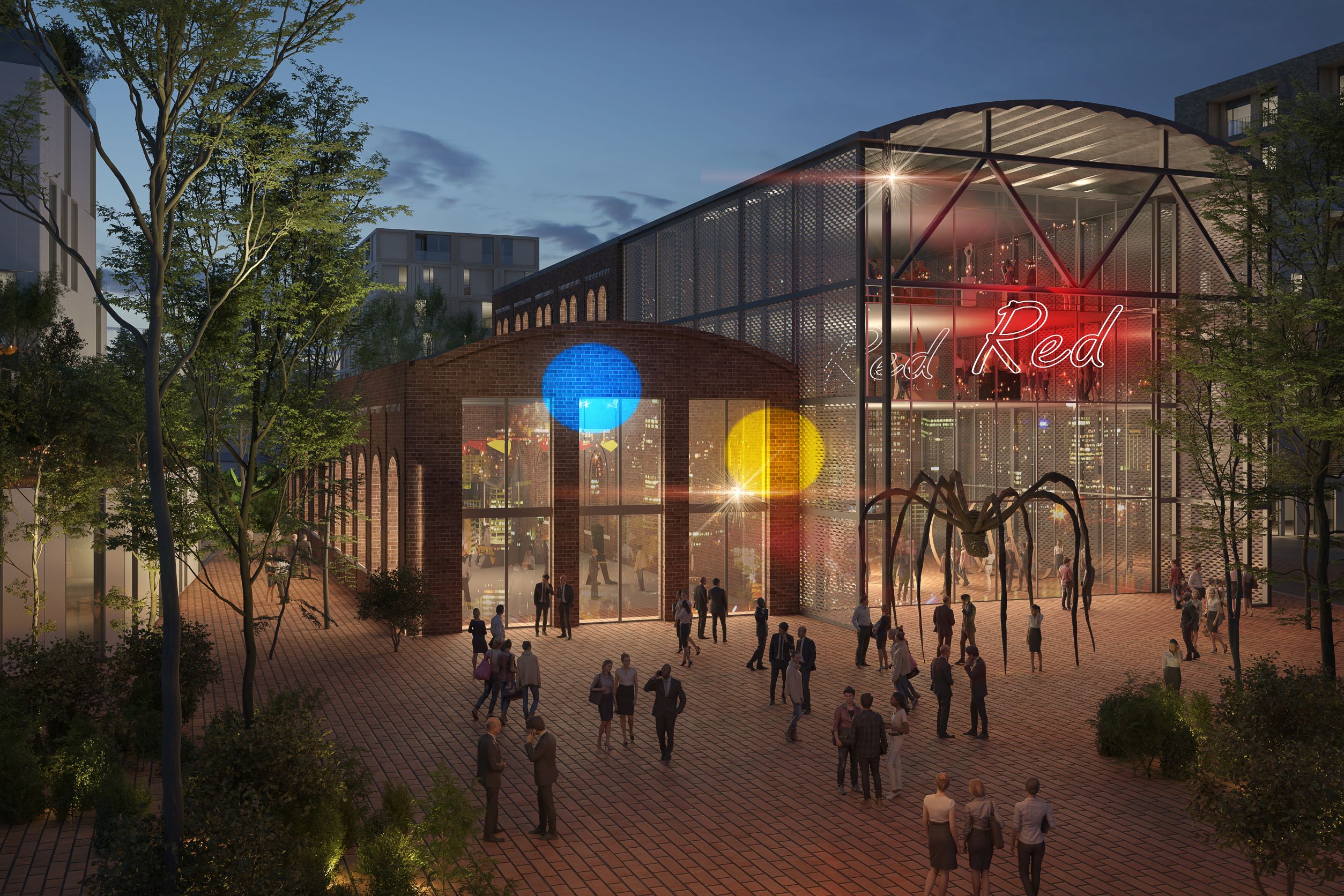 Discover all our news